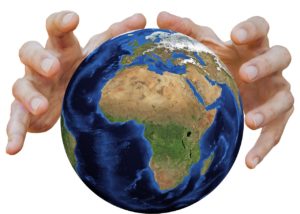 We are experiencing a sudden change in the statistical distribution of weather patterns through climate change. Indeed weather patterns have been quite bizarre over the past few years. In some countries, the warm sunny weather often experiences a number of rainfall activities which can get people off guard. Climate change affects a number of varying locales from different parts of the world. What is often ignored however is how this phenomenon affects the glaciers in both the north and south ends of the earth. Glacial calving is often mentioned in discussions regarding climate change. What is glacial calving and does this point to climate change?

Glacial mass is loosed through a natural process known as calving. This is where the edge of a glacier breaks to chunks of ice. Seeing glacial calving in its actual state and form is a site to behold. This is usually accompanied by a loud cracking or booming sound and can last a few minutes or even take up an hour or more during its calving process. The largest glacier calving ever filmed on video was captured by the folks at Exposure Labs entitled, “Chasing Ice” and you can see the fine details below in this video.

The entire glacial calving was captured in film and had an overall duration of 75 minutes. This is quite an impressive feat especially when the video explained its sense of scale. “It’s as if the entire half of tip of Manhattan broke off except that the thickness, the height of it is equivalent to buildings that are 2 and a half or 3 times higher than they are.” What was alarming about the video was that it took a hundred years for it to retreat 8 miles, from 1902 to 2001. From 2001 to 2010 it retreated 9 miles. Hence, in just a 10 year span of time, it retreated more than it had in the previous one hundred years.

The rapid increase of glacial calving is often linked to climate change and global warming. The reason behind this is that due to such phenomenon, polar ice is dramatically weaken and melted which results to glacial calving to become more frequent and more dramatic. The rise of global temperatures also affects the sea ice as they too are melting at an alarming rate.

Once of the contributing factors that lead to climate change revolves around how we handle our waste. Waste management is indeed an issue that has been affecting the entire planet for the past decade. The results of our actions may not entirely show right from the start and adverse effects gradually become visible from time. Climate change and global warming is slowly starting to become a huge threat in the preservation of our planet. With that being said, such phenomenon can be averted if we start taking waste management seriously. Consider looking for some ways on how you can help our planet aside from practicing proper waste disposal.